772
Scan with our application for additional information. 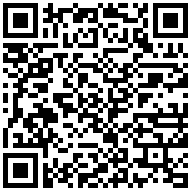 The Regional Historical Museum in Haskovo preserves over 120,000 thousand movable cultural and historical monuments, many of which are of exceptional value. Unique collections of prehistoric, antique and medieval artefacts made of pottery, stone, iron and glass are part of the rich museum fund. Among the most interesting exhibits are two two-handed cups from Troy, rarely encountered in the Bulgarian lands and dating back to the 1st century BC, one of which is also the museum emblem.
An extremely valuable collection of antique and medieval coins counting more than 22,000 pieces can be seen here. Over the years, the Regional Museum of History has been actively involved in collection and exploration activities on the territory of the 11 municipalities of today's Haskovo administrative district. The museum experts have restored over 30 monuments of culture. The museum has one of the best ethnographic collections. The department's funds have nearly 15,000 units. Here are collections of copper vessels, folk costumes, fabrics, jewellery, agricultural and crafts equipment, objects of folk art, ritual artefacts and many others.

Undoubtedly, Chorbadzhi Pascal's house is a true architectural masterpiece. It is declared a monument of culture of national importance. It is an example of the transition from the traditional rural to the urban and European way of life of the local population after Bulgaria's Liberation.
Paskalevata House is a two-storey, asymmetrical edifice with a magnificent functional layout. The semi-circular bay window creates a light and aristocratic feel, the beautifully carved ceilings, doors and built-in cupboards lend coziness and warmth, and the decorative niches (the so-called ""alafranga"") complement the interior, imbuing it with unique sophistication.
The ethnographic exposition in the house showcases valuable artefacts from the lifestyle of Haskovo locals of that period. The first floor introduces visitors to the everyday life of the Haskovo family, and the second one impresses with its elegance and spaciousness. One gets a weird sensation in Paskalevata House – a blend of curiosity, aesthetic pleasure, sense of safety and surprise – wooden couches in the living room coexist with furniture from Vienna, a Russian samovar is placed next to European silver cutlery, and all of this seems to come together in an integral whole united by the typical Haskovo carpets and rugs, with their amazing colourful streaks and patterns in which Haskovo women weaved their sense of beauty and aestheticism.

In 2016, the Regional Historical Museum in Haskovo launched its renovated archaeological exhibition. It is put on display in a new modern hall on two floors and showcases material testimonies to the history of the region from the New Stone Age (7th-5th millenium BC) until the late Middle Ages.
Rate: