1971
Scan with our application for additional information. 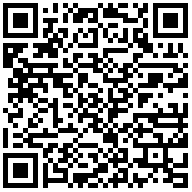 Sanctuary of the Great Gods (KAVEIROI) IN PALAIOPOLIS , THE ISLAND OF SAMOTHRAKI

Palaiopolis, The island of Samothraki in Evros, Greece

View Photos
The Sanctuary of the Great Gods is located on the north shore of the island, west of the ancient city. The earliest traces of religious practices here date from the 7th century B.C. and building solid constructions started in the first half of the 4th century B.C. Construction continued predominantly during the next century and reached as late as the Early Roman Period. The sanctuary was dedicated to the cult and mystery rites in honour of the so called  ‘The Great Gods’, worshipped during the period of the Greek and Roman Antiquity. Who and what exactly the gods of Samorthaki, mentioned by the ancient authors as Kaveiroi were, remains a mystery.
The Sanctuary of the Great Gods or the Kaveiroi was the most important cult centre on the island in ancient times. Most probably it was not the central sanctuary of the city nearby, but a religious centre of ‘international” significance similar to the cult centre in Olympia and Delphi. It functioned as a holy site from hoary antiquity, as it is associated with the pre-Greek or Thracian inhabitants of Samothraki. Later the Greeks adopted the local cult, attributing a new nuance and proportions to it. In The Sanctuary of the Great Gods the Great Mother Goddess was worshipped - a female deity of nature (similar to the Phrygian deity – Cybele) whose local equivalent is called Aksieros and is identified with the Greek goddess Demeter. This goddess is pictured sitting between lions holding a scepter and a fiala.
The first probe excavations here were carried out by the French consul   M. Champoiseau in 1863 at the site of the antique theatre, while systematic excavations were first carried out  in 1873 and 1875 by the Austrian A. Conze. Since 1938 the sanctuary has been excavated by New York University under the leadership of K. Lehmann,, subsequently  (after the latter’s death in 1960) by J. R. McCredie.
Five columns and central architraves from the sanctuary façade were restored in1956 with the financial support of Bollingen Foundation.
The main constructions and architectural complexes in the archaeological site are:

The temple
It is the earliest and the biggest marble building dominating over the sanctuary because of its importance for the cult of The Great Gods. The building was decorated with a frieze with effigies of female dancers on it. It was built around 340 B.C.

The sanctuary
The sanctuary is the second most important building after the temple. This is where the preparation for the second stage of the mysteries, i.e. the observation, took place.
It was built between 325-150 B.C.

The Dome of Arsinoe
It is a gift to The Great Gods from Queen Arsinoe, Lizimah’s wife. It is the biggest round building of ancient Greek architectural style known so far (built between 288-281 B.C.)

The Propyleas of Ptolemy II
A gift from King Ptolemy II Philadelphus in honour of The Great Gods. They were built between 285-281 B.C.

The stoa
It was built on the back hill to shelter visitors to the sanctuary. It was built in the first half of the 3rd century B.C.

The Palace
The building served for the first stage of the mysteries – the initiation rites. It dates from the early Roman Epoch (around the1st century B.C.)

The Holy Circle
It refers to a circular space on five cyclic levels, designed for standing spectators who watched or took part in the mysteries. It was built at the end of the 5th and the beginning of the 4th century B.C.

Nike Monument
A rectangular construction, open at its west side where the statue of the goddess Nike of Samorthaki stood on the prow of a ship (the statue is in the Louvre Museum today). It is dated from the beginning of the 2nd century B.C.
Rate: