1371
Scan with our application for additional information. 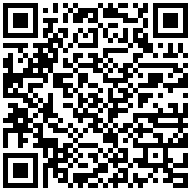 The Thracian underground  masoned tomb is located on a low elevation at the north end of the small village of Daphne, close to Elafohori. It does not belong to any ancient settlement but is included in the network of burials in the northern part of the prefecture of Evros which are covered with monumental mounds and are connected with farming estates. It has been difficult to date the tomb. Archaeologists refer it to the end of the 4th century B.C. considering the enlarged circle on the roof of the main chamber and this dating – the end of the 4th and the beginning of the 3rd century is the most common.
The monument belongs to the so called Macedonian types of tombs but it also has some specific structural characteristics like all its synchronous built tombs in Thrace. It is covered with a mound, made of earth and gravel; its interior is built of cut limestone, acquired in the area of Mataxades in Evros, in accordance with the widely spread at the time constructing system.
It consists of a corridor, an ante-chamber, and a burial chamber. The corridor measures 2,70 x 1,24m. The ante-chamber and the chamber are quadrangles and measure 1,20 x  1,40 x 10,2m and 2,55 x 2,40 x 1,02 correspondingly. The corridor and the ante-chamber are covered with a  roof of crossed-pyramid shape and are built to the bee-hive system, while the burial chamber has a semi cylindrical roof. The floors of the ante-chamber and the chamber have flag-stone covering and  the door sides and the threshold are made of monolithic stones. On the bottom of the chamber there is a coffin-shaped couch made of horizontal slab-stones set firmly on three corner stones. Under the flooring, in front of the couch there is a kivot-shaped grave covered with the floor slab-stones.
The tomb was testified before the war and became well-known after a part of its entrance to the corridor was opened allowing access to its interior. The first archaeological investigation was conducted in 1959 – 1960, and in 1976 started activities for its fortification, for moisture isolation and fencing the site.
Rate: