1919
Scan with our application for additional information. 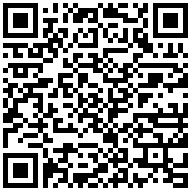 Tour: At the place of Kabeirians 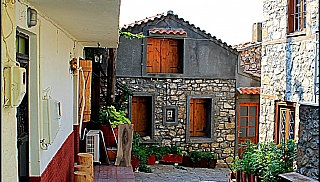 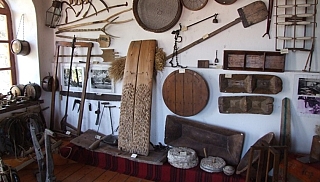 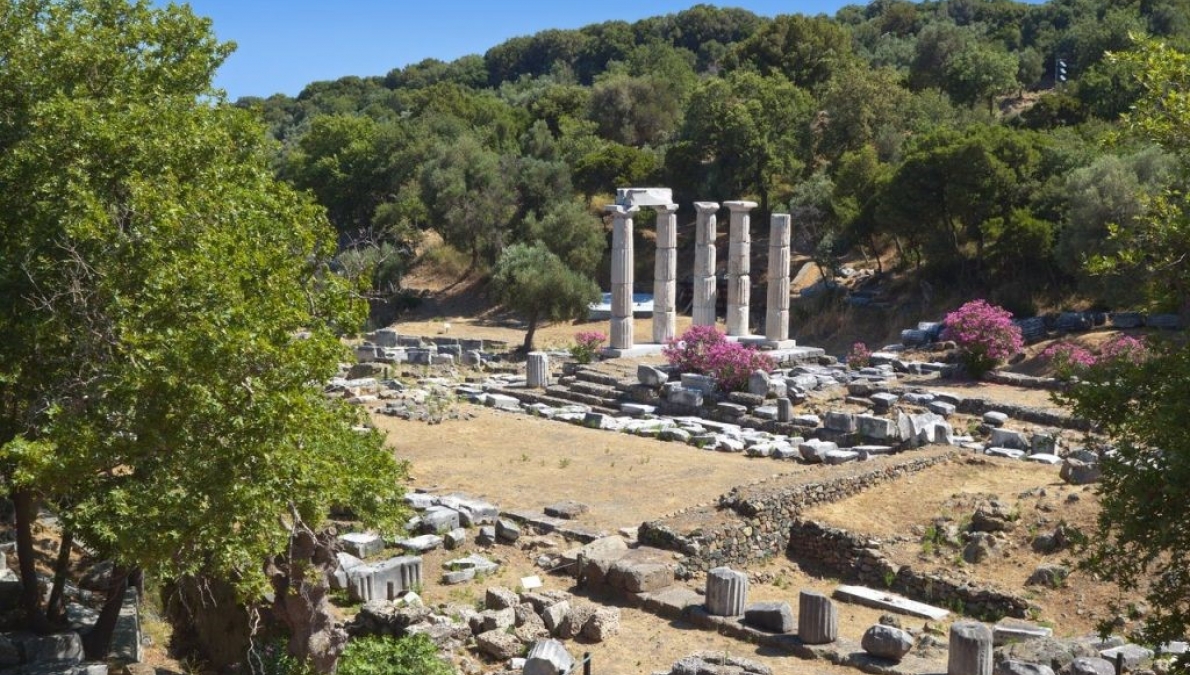 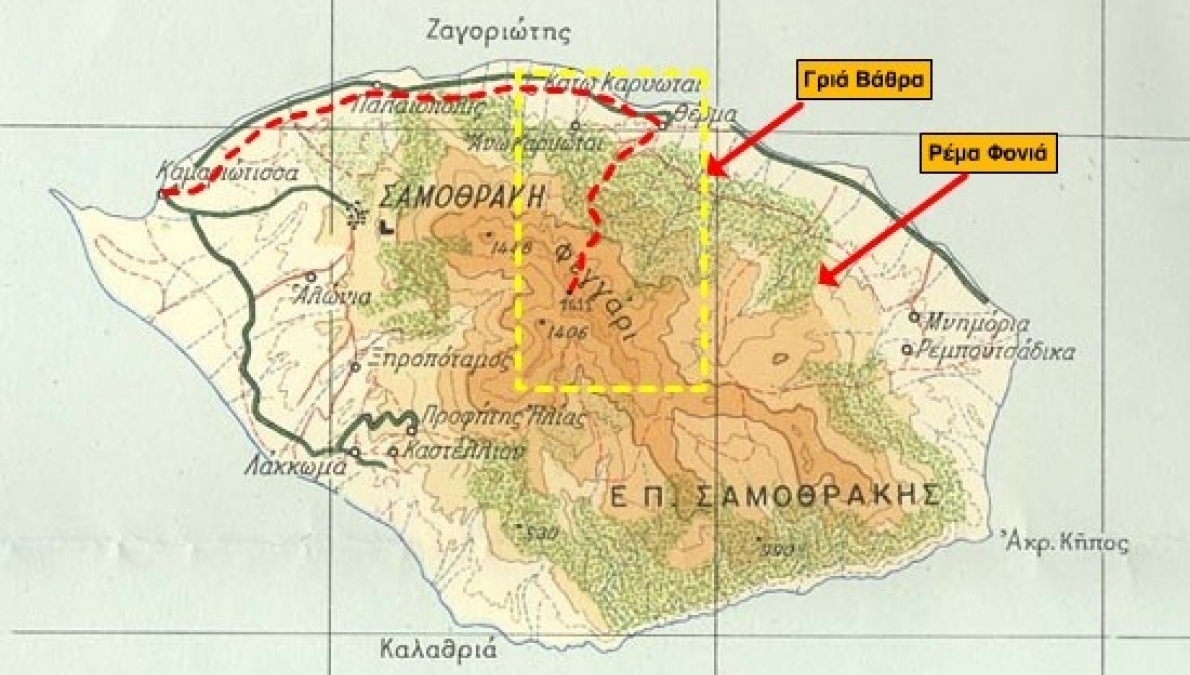 View Photos
Samothraki is the island of ancient god Aeolos, of the crystal clear waters, of the contrasts and mysteries. Samothraki is named with the pre-Hellenic word samos, which means height, and Thrace, meaning High Thrace.
The traditional town of Samothraki, built amphitheatrically in the mountains, overlooking the sea, captivates visitors with its narrow paved streets, its cafes, its squares, the folklore museum, the stone houses, the bakeries with the local bread and local rusks with chickpea yeast.
In the town of Samothraki, visitors can visit the local Folklore Museum, which hosts objects of folk art and tradition of the island. It was created on a voluntary basis by residents, housed in an old mansion and contains a numerous of traditional island relics, as well as a representation of an old Samothraki’s house.
Anyone attempting to make a tour of Samothrace thinks it has to do with two different islands: The north and northeast sides are overgrown: lush slopes, forests with centuries-old trees, fruit-bearing crops, and impressive meadows. The south and southwest with low hills and steep cliffs rising above the sea, sparse vegetation, fields and olive groves.
The unchanging character of its natural environment, the rare aesthetics of its landscape, the presence of endemic plants and the important habitats for the bird are the reasons that, the greatest part of the island includes NATURA 2000 areas.
All the villages of Samothraki constitute a single municipality. The capital is Chora, but the largest settlement is the island's port, Kamariotissa, at the northwestern place. Lakkoma, Prophet Elias and Alonia, are villages in the west of Samothrace that have more than 200 permanent residents.
The archaeological site of Paleapolis (the Sanctuary of the Great Gods) is located on the north side of the island, about 7 km away from the port of Kamariotissa, in a verdant area. It was the center of the ancient world and the mysterious religion of Samothraki, which had its roots in the pre-Hellenic tribes that inhabited the island. In the Sanctuary of the Great Gods, there were sacramental ceremonies, known as "Kamvireia Mysteries".
Samothraki offers the route to Mount Moon or Saos, which occupies most of the island area. The route, despite its altitude difference of 1570m, is not too tiring but also not easy. The last part of it is quite rocky and difficult, and requires experience in mountain hiking. Both on the route and at the top, the hiker enjoys an excellent view of the Aegean Sea. Moreover, along the route the visitor crosses an oak forest.
It is also worth visiting the two paths that run along the waterfalls where tourists can swim in the little lakes (“Vathres”). The first route is west of Therma village to "Gria Vathra" and the second is at the stream of Fonia, which located 4 km west of Therma village. These routes are very interesting because of the waterfalls and the opportunity to swim in the little lakes (“Vathres”).
In the region of Therma in the northern part of the Samothraki island there are thermo-mineral waters, known for their healing characteristics since the Byzantine period. The Municipal Hydrotherapeutic Center, which utilizes the thermal baths “Psarotherma”, is located on a 5,000 sq.m. and has 13 individual and 2 group pool baths (men and women). The water in the pools is clear, salty, has a hydrogen sulfide odor, its temperature is around 38° -39° C and is recommended for the treatment of rheumatoid arthritis, chronic arthropathy, dermatopathy, chronic gynecological inflammation, bone disease.
On the north side of Samothraki, at the 7th kilometer of the road Kamariotissa - Therma, among lush landscapes, is the so-called "Stasidi of Apostolos Pavlos". It is a modern monument - pilgrimage constructed in memory of the passage of the Apostolos Pavlos from the island, which was the first European territory visited by Apostolos Pavlos in 49 AD, coming from Troada and heading to Macedonia.