3034
Scan with our application for additional information. 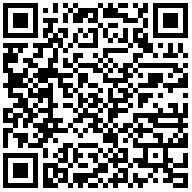 village of Stalevo in Haskovo, Bulgaria The fortress near the village of Stalevo, Dimitrovgrad Municipality, is located in the Hissarya locality. It was built during the Thracian times, but became popular in the Middle Ages, as some researchers believing this was in fact the ancient city of Mileona. According to legend, it was here that on March 9, 1230 the Bulgarian Tsar Ivan Asen II observed and gave orders during the battle at Klokotnitsa. This was one of the greatest defeats the Byzantine Еmpire ever suffered, in which Despot Theodore Komnenos, the ruler of Epirus himself, was taken into captivity. In honor of the victory after the battle the Bulgarian ruler ordered that a chapel to the Holy Forty Martyrs be constructed in this place. Forty Martyrs. "" Thanks to patriotic Bulgarians it still exists to this day.

Below the top there is a large stone called ""Kazancheto"" or Krali Marko's step. There is a carved hole inside it resembling a cauldron which collects water even on a very hot day. Next to it, there is a huge imprint of a step as some believe it was where legendary hero Krali Marko set his foot hence the name Krali Marko's step.