1538
Scan with our application for additional information. 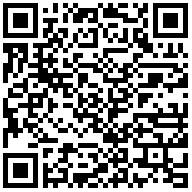 village of Byal Kladenets, village of Rabovo in Haskovo, Bulgaria
The Big Scree Protected Site is located on the northern shore of Studen Kladenets Reservoir and falls within the land pertaining to the villages ofRabovo and Byal Kladenets. It covers an area of 653.9 ha. It covers a hard-to-reach area of rugged terrain, located between the dam of Studen Kladenets Reservoirand Kachlubuyuk dere ravine. It includes remarkable rock complexes, screes, shrubs and woods. It is due to be included in the Pan-European NATURA 2000 Protected Areas Network. The region is characterized by extremely high biodiversity and has been declared an important ornithological site of world significance. Diverse vegetation, drought-loving (xerophilous) forests composed mainly of the Hungarian oak (Quercus frainetto), the pubescent oak (Quercus pubescens) and the Austrian oak (Quercus cerris). The shrubbery is made of the Oriental hornbeam (Carpinus orientalis), Christ's thorn (Paliuros spina-christii), the prickly juniper (Juniperus oxycedrus), the common hawthorn (Crataegus monogyna), and the dog rose (Rosa sp. div.) Large areas are occupied by drought-loving grasslands with a predominance of the yellow bluestem (Dichantium ischaemum), the bulbous bluegrass (Poa bulbosa) and the perennial bunchgrass of the species Crysopogon gryllus.
The region has become an important ornithological site, which might also be included in the NATURA 2000 network in the future. The Big Scree Protected Area is one of the two most important nesting sites of the griffon vulture (Gyps fulvos) in Bulgaria. Between 9 and 14 pairs out of a total of 30 pairs of griffon vulchers in the country nest here. Qualified specialists take care of the nourishment of the vultures and the protection of the newly-hatched birds. The observation of vultures in natural conditions is attractive for lovers of ornithological diversity.

INTERESTING FACTS:
The presence of a total of about 87 species of birds makes the area particularly rich and appealing for nature lovers. Of these, 38 species have an unfavourable conservation status in Europe. Of the species included in Bulgaria's Red Book, here is the nesting site of between 6 and 9 pairs of the black stork (Cicinia nigra), 1-2 pairs of the golden eagle (Aquila chrysaetos), 3-4 pairs of the Egyptian vulture (Neophron percnopterus), the short-toed snake eagle (Circaetus gallicus), the booted eagle (Aquila pennata) and the common pern (Pernis apivorus). Other species in the area include the booted eagle, the lesser spotted eagle (Aquila pomarina) and the black kite (Milvus migrans).
One can also find here Bulgaria's only colony of the grey heron (Ardea cinerea) located on rocks. Interestingly, this region is also a nesting site of 7 of the 9 biome-restricted bird species encountered in Bulgaria typical for the Mediterranean zone: black-eared wheatear (Oenanthe hispanica), olive-tree warbler (Hippolais olivetorum), Sardinian warbler (Sylvia melanocephala), subalpine warbler (S. cantillans), masked shrike (Lanius nubicus), the rock nuthatch (Sitta neumayer), the black-headed bunting (Emberiza melanocephala), and other rare birds. Under а conservation and regulated use status are a considerable number of wildlife species which are listed in the Appendices of Bulgaria's Biodiversity Act.
Rate: