1470
Scan with our application for additional information. 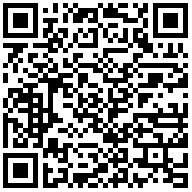 village of Oryahovo in Haskovo, Bulgaria
Gospodeva Stapka is an extremely interesting natural and cultural site located in the Kerez Dere area, in a riverbed. Аrchaeologists have marked a number of dolmens in the vicinity, some of which are in good condition. This is a natural hollow in the rock which, throughout the year, gets filled with water which drips through the rock.

The ancient Thracians used to worship such places, as they venerated the water nymphs. So, along with the nearby dolmens, the area was probably an ancient sanctuary. After the adoption of Christianity, the religious significance of the site continued. A legend was born, according to which the Lord, disguised as a traveller, asked for water from a woman who was working in the fields but she would not give him. Then his horse stepped on the stone and water gushed out. That's why people call the spring "The Lord's Step".