5530
Scan with our application for additional information. 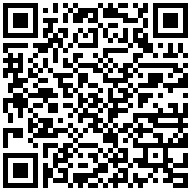 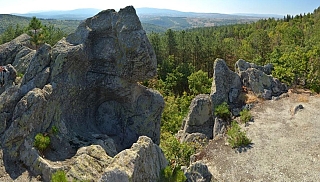 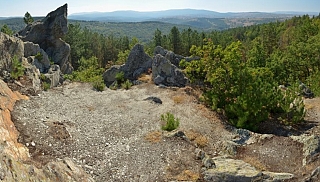 An interesting cult object of Thracian times of regional and national significance. It is located on Paleocastro Peak which offers good visibility in all directions and which is naturally protected from the south by a steep slope and vertical rocks up to 14 m high. This good strategic location was not overlooked by the ancient Thracians. They built a sanctuary here and later added a fortress and a settlement. On the rocks of the two adjacent peaks and at their foot there are over 150 concave and convex circles resembling the sun disk. It is assumed that the rock sanctuary of the sun existed from the 10th to the 5th century BC. The fortress itself resembles the shape of a spear pointed to the southeast. From the east, north and west, the fortress was protected by a high and solid wall, about 350 m long. The crags on the south side were also connected with a fortification wall. The stone masonry of the wall was bonded with mortar. On the north wall of the fortress, which was most accessible for attack, two defensive towers were built. One was in the northwest corner of the fortress, where the gate stood, and the other at the northeast end. The internal part of the fortress was 200 m long and 20 to 60 m wide.

To the north of the fortress archaeologists have found the remains of a large settlement – foundations of buildings, ceramic fragments, construction materials, blades of arrows and spears, accoutrements, everyday objects and ornamentation, bronze coins from Mesembria, of Alexander III of Macedon, and others. Discovered were also ancient Roman coins of Septimius Severus, Julia Domna, Caracalla, Philip the Arab, Gordian III, Severus Alexander, Maximinus Daza, Diocletian, Geta, Marcus Aurelius, etc. Other finds include Early Byzantine coins of Theodosius II, Anastasius I, Justinian I, and the latest ones date to the time of Manuel I Komnenos (1143-1180) - cup-shaped copper coins. In terms of the coins found here the earliest of which date to the 5th century BC and the latest to the 12th century, it can be concluded that this settlement was bustling with life for about 1,600 years. Originally built by the Thracians, the fortress was used by the Romans, Byzantines and Bulgarians. Perhaps it was conquered and destroyed during the invasions of the Cumans and Pechenegs in the 12th century.