51
Scan with our application for additional information. 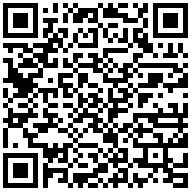 The Lighthouse of Alexandroupolis 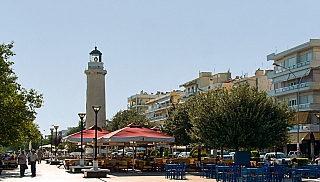 The light-house illuminates the sailors’ course, children’s dreams and the daydreams of the citizens of Alexandroupolis.
The Light-house of Alexandroupolis is the emblem of the town as well as of its harbour. It was built by a French light-house and beacon company in 1880. The construction is cylinder-shaped and rises 36 m above sea level or 27 m above the ground, i.e. the Light-house square. Since 1973 the Light-house has been electricity-supplied and gives off three flashes every 15 seconds. People can visit the interior of the facility and climb its 98 steps during the Week of the Light-house.
In the old days the town was known as Dede-Agach. The Turkish word ‘agach’ means ‘an oak’ and in general it stands for ‘tree’, while Dede was the name of the abbot of the Muslim friars. In the 15th century, after the conquest of the region by the Ottoman Turks a Dervish community settled here. They lived in the oak forest close to the town and were known for the poor and austere life they led.
The oak trees were typical of the region as far back as the time of the ancient Greek historian Herodotus, who visited these parts in the beginning of the 5th century B.C. An old oak, known since antiquity as a sacred tree became the dwelling place of one of the Dervish leaders in the middle of the 19th century. He spent most of his life inside its hollow and was considered a saint because of his kindness and his spiritual instructions. The so called Dede was buried in the roots of the tree while its trunk was kept close to the light-house till 1950.
Nowadays the harbour of Alexandroupolis is international and with its modern equipment it has gained the reputation of one of the most important contact axis of the European Union with the East and the Black Sea countries.