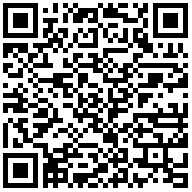 Zarifios Pedagogical Academy with its neoclassical construction is located in the western end of the National Independence Park. For over half a century (1923 – 1947) it was the only cultural institution in the whole area of Western Thrace. With its teaching staff and its graduates the Academy exercised its cultural influence in the town of Alexandroupolis, educating thousands of teachers who dispersed the light of education throughout Northern Greece. Functioning due to the donations made by the family of the national benefactor Zarifis, it was called Zerifios.
Georgios Zarifis had the firm belief that education and the spiritual culture of the Greeks were the tools for liberating the enslaved people. For that reason he donated part of his property for the foundation and the functioning of Greek schools and other institutions. He also gave grants for the education of poor university students.  For that reason at his time the word “ zarifiliki” became synonymous to the words for generosity and wealth.
In 1876 the Zarifios schools in Plovdiv, the school in Prousa and Terapia were founded and their functioning was provided for. At the same time funds were granted for the building and maintenance of the Great Greek School and the hospital of in  Balikli in Constantinople. He created permanent funds for supporting the Ecumenical Patriarchate, homes for elderly people, schools, churches, etc.
The neoclassical-style construction was built in 1923 and until 1934 it was a School for teachers. In 1934 the schools for primary-school teachers were banned and Pedagogical Academies with a two-year course of education after high-school education were founded. Initially there were six academies in the whole of Greece. After the death of Zarifis the local authorities requested his relatives’ support for the establishment of a Pedagogical Academy in Alexandroupolis bearing his name. So in 1934 Zarifios Pedagogical Academy was founded; its first director was Evangelos Papanutsos.
The marble bust of Georgios Zarifis, made by the sculptor Peradinos is in the garden of the building where today are housed the base primary schools to the Faculty of Educational Sciences of Democritius Thracian University.
Rate: