1385
Scan with our application for additional information. 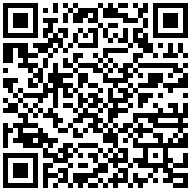 village of Gugutka in Haskovo, Bulgaria 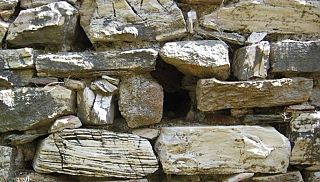 It was built on a naturally protected, hard-to-reach rocky peak. The slopes of the peak descend steeply towards the Byala River, which surrounds it on both sides. The fortress walls follow the outline of the ridge and encircle an area of ​​13 decares. They are preserved almost entirely in their original form - they have a total length of about 550 m, a height of 7-8 m and are 2 m thick. In the eastern part, where the fortress is comparatively easier to access, a second wall, which delineates an irregular semicircle, was built in front of the main wall at a distance of 10-15 m. Double fortification walls known as proteichisma were rare in fortresses in the Eastern Rhodopes. This type of fortification was applied elsewhere only in the fortress near the village of Vodenicharsko, Dzhebel Municipality. Dzhebel
The fortress name Byalgrad (White City) probably originated due to the fact that many pieces of marble were used for the construction of its walls. And there is another peculiarity - the level of the terrain inside the fortress is higher than the terrain outside the fortress walls by 4-5 m. This hampered their undermining and demolition during a siege. In the eastern part of the fortress archaeologists have unearthed the foundations of a single-nave, one-apse church, partially buried underground. It has a length of 8 m, a width of 6 m and a wall thickness of 1 m. Its floor was covered with equally-sized square stone slabs. The most interesting facility of this fortress that has survived to this day is the inner feudal residential tower. It belongs to the type of the so-called donjon (keep) and is one of the few relatively well-preserved defensive towers in Bulgaria. This was also one of the few free-standing donjons in Bulgarian lands. This is one of the big differences with Middle and Western Europe where such fortified towers are common. Its walls rise to a height of 9 m and their thickness is 1.5 m. It has a rectangular shape with dimensions of the base at 11x9 m. It had at least three floors.

The lack of thorough archaeological excavations makes it difficult to determine the role of this fortress in the Middle Ages, but its large size and its unusual destiny give scholars reason to believe that it was an important urban-type settlement in which a feudal lord possessing adjacent lands and villages resided. This is confirmed indirectly by its name - Byalgrad or less often Gradishteto (from ""grad"" meaning town, city), while other fortresses in the vicinity were called by the local population with the word ""kale"", meaning a stronghold. The fate of Byalgrad Fortress after the fall of Bulgaria under Ottoman domination remains unclear. Probably the fortress was not destroyed, but temporarily used by an Ottoman feudal ruler who settled there.
Rate: