2800
Scan with our application for additional information. 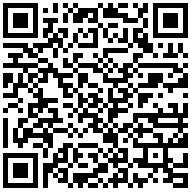 village of Rabovo, locality of Kaleto /Asara/ in Haskovo, Bulgaria At 2 km west of the village of Rabovo, not far from the dam of Studen Kladenets water reservoir, there are remnants of a medieval fortress known as Asara. The fortress impresses with its strategic location and with the skill of its builders who masterfully embedded it among the inaccessible cliffs, from where its residents has excellent visibility of the whole region. Asara Fortress played a leading role for Byzantium in the control and protection of its lands in the Eastern Rhodopes.

The fortification walls were 6 metres high and 2 metres thick, made of stone blocks bonded with mortar. There were also four huge rock towers surrounding it. A small cave with graves next to it was found in one of these towers. An additional wall divided the inside of the fortress into two parts. The upper part was smaller in size and had watchtowers. Nowadays, parts of the fortress wall have fallen, but have remained intact on the ground. In the lower part well-preserved foundations of an edifice built with large rectangular stones were found.