1411
Scan with our application for additional information. 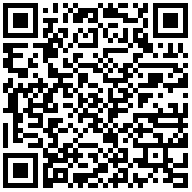 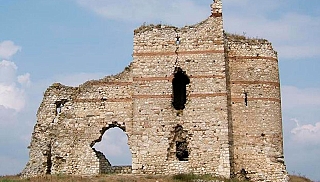 The village of Matochina is situated near the Bulgarian-Turkish border, on the right bank of the Tundzha River. A steep hill rises at its northern end, accessible only from the village. A partition wall existed here from which only some vestiges have remained. Some 50 metres away from it, up the hill, lay the Bukelon fortress, the nearest defense structure of Adrianople from the north. It is one of the best-preserved military fortifications in Bulgaria.
The fortress which covers the crest of the hill is about 65 metres wide and 150 metres long. Best-preserved is the protective tower and part of the double fortress wall at the gate. The tower and the walls are made of large roughly worked stones and girdles of 4 rows of bricks soldered with white mortar. It consisted of three large floors. The last floor with a semi-cylindrical shape served as a small chapel where the besieged defenders of the fortress used to pray. The battlements are located on all sides and one could reach them via wooden stairs.
The fortress was built during the Roman era. In 387, there was a great battle near Bukelon between the armies of Emperor Valens and the Goths. It ended with the complete defeat of the Roman army, and the Emperor died in the battle. The fortress has been repeatedly used and rebuilt over the centuries. The construction technique used, t.e. mixed masonry with decorative brick layers and white mortar, suggests the fortress came into existence between the 12th and 14th century. А cross-shaped brick monogram was embedded at the side of the front gate, testifying to the fortress ruler from the 14th century. The letters signify the name Mikhail. It is known that by the year 1328 the Bulgarian Tsar Mihail, fighting against the Byzantine emperor Andronikos III, reached as far as Dimotika (present-day Didymóteicho). It is possible that during this military campaign the Bulgarian tsar restored the fortress in haste.

It was near this fortress that on 14 April 1205 the Bulgarian soldiers led by Tsar Kaloyan defeated the army of the Latin Knights and captured their emperor Baldwin of Flanders. The prisoner was taken to the capital Turnovo, where he died in 1206. During the Turkish rule, the fortress lost its importance and was left desolate. In 1664, Sultan Mohammed IV used to come here to hunt and from his diary historians learnt that the fortress and the village beneath it were now called Fikla."