74
Scan with our application for additional information. 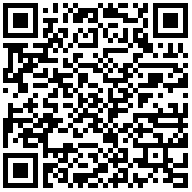 The Ivaylovgrad-based monastery of Saints Constantine and Helen was founded in the 12th century and reached its peak a century later when it was turned into a bishop's centre. During the Ottoman Yoke the monastery was destroyed twice only to rise back to life again in 1846. Since 1949 the Ivaylovgrad-based monastery has not been inhabited by the monastic brotherhood, but each year on September 8 an annual fair is held here, including an all-night vigil, a solemn liturgy and a sacrificial kurban meal for health.

INTERESTING FACTS:
Nowadays the monastery is active in certain periods and consists of a church, a residential building and an old fountain from 1846. From the old monastery complex only the church has been preserved, which is a three-nave pseudo-basilica with an iconostasis which was painted later (end-19th century) and 8 built-in medallions in the altar from an earlier period. Other must-see objects are the carved candlesticks and chandeliers made of marble.