1540
Scan with our application for additional information. 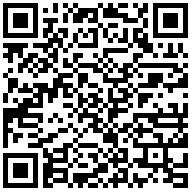 The bridge is the only fully preserved part of a former complex consisting of a caravansary, a mosque, a charshia (open-air bazaar) and a hammam.
It was built on the orders of Mustafa Pasha, a vizier of Sultan Suleiman I the Magnificent (Kanunî Sultan Süleyman). The year of construction 1529 is indicated via the numerical meanings of the Arabic letters in the last two words of the inscription on the bridge: ""Hassana Abadie"", or an eternal good deed. Along with being the initiator for the construction of the bridge, Mustafa Pasha was perceived also as the founder of the new settlement called Mustafa Pasha, present-day Svilengrad, and the bridge was known with its Turkish name, ""Mustafa Pasha koprûsû"", i.e. the bridge of Mustafa Pasha. Its length is 295 m, width 6 m. Paved with finely dressed stones, in the past it boasted 20 beautiful arches. The handrails are made of large blocks of stone. The number of all handrail stone slabs on the bridge is 706, with 353 on each side.

The inscription for the construction of the bridge is carved in a relief on a marble slab placed on a 6-metre railing erected in the middle of the bridge. The slab with the inscription is called by the local people ""tareha, tarih"" meaning history. The translation of the inscription reads: ""This bridge was built in the time when kalif was one of the greatest of sultans, Sultan Suleiman Khan, son of Sultan Selim Khan, as a successor of his safety and security his vizier Mustafa Pasha - may God protect him for what he created. And the construction of the bridge was his longest-lasting good work during the year, on a date when it turned into an eternal good deed."