94
Scan with our application for additional information. 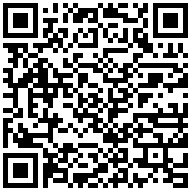 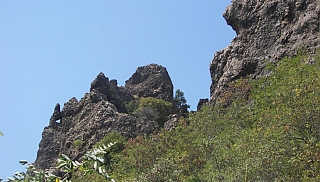 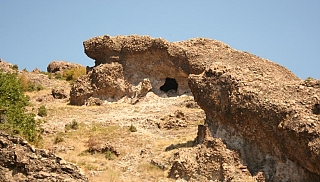 This is a specially protected area accepted for inclusion in the European ecological network NATURA 2000. The area encompasses the Studen Kladenets water reservoir located in the rocky gorge of the Arda river, surrounded by vertical cliffs, steep shores with scarce vegetation and adjacent mountain ridges. Part of the territory of Stambolovo municipality falls within the bounds of the protected area. Its total area is 159,956 decares. This is one of the key places for the conservation of endangered bird species encountered in the Eastern Rhodopes.
The majority of the mountain slopes around Studen Kladenets reservoir are covered with mixed deciduous forests composed of the Oriental hornbeam (carpinus orientalis), the South European flowering ash (Fraxinus ornus), the Hungarian oak (Quercus frainetto) and the Dalechamps oak (Quercus dalechampii). Less common in the area are the forests of Dalechamps oak only or those mixed with the common hornbeam (Carpinus betulus). There are also quite a few places аround the artificial lake covered with forests and shrubs of the Oriental hornbeam, Christ's thorn (Paliurus spina-cristi) and the prickly juniper (Juniperus oxycedrus). Interesting are also the rock complexes occupying a significant part of the protected area. The view of the rock complexes alternating with single rocks and stone-screes is breath-taking.
Scattered throughout the area are open spaces occupied by agricultural land and meadows overgrown with grassland, where species such as the yellow bluestem (Dichantium ischaemum) and the bulbous bluegrass (Poa bulbosa) are predominant.
A total of 219 bird species have been registered in Studen Kladenets protected area. Of these, 91 are included in Bulgaria's Red Book. Of the species encountered there, 103 are of European conservation importance and 12 are threatened by global extinction. The site covering areas around the Studen Kladenets reservoir is also of global importance as a representative area for the Mediterranean region. Here one can observe 7 out of a total of 9 biome-restricted species found in Bulgaria. These are the the black-eared wheatear (Oenanthe hispanica), olive-tree warbler (Hippolais olivetorum), a the subalpine warbler (Sylvia cantillans), the Sardinian warbler (Sylvia melanocephala), the rock nuthatch (Sitta neumayer), the masked shrike (Lanius nubicus), and the black-headed bunting (Emberiza melanocephala).
The area of ​​the dam is of utmost importance for the conservation of the habitats of 69 bird species breeding here and 21 species of migratory or wintering waterfowl.

INTERESTING FACTS:
The place is also unique with the fact that one of the only two colonies of griffon vultures in Bulgaria nests on the rocky shores of the lake. Also, the black vultures nesting in Dadia-Lefkimi-Soufli Forest National Park in neighbouring Greece regularly come here, looking for food.
The area of Studen Kladenets reservoir is one of the most important habitats in Bulgaria of the species breeding here, such as the black stork (Ciconia nigra), the Egyptian vulture, the owl, the stone curlew, the eagle owl, the olive-tree warbler and the masked shrike. The site also maintains a breeding population of the blue rock thrush of European significance.
Rate: