790
Scan with our application for additional information. 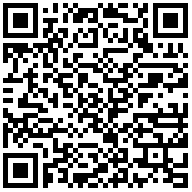 There are many burial mounds in the area, most of which have unfortunately been robbed by treasure hunters. Another typical reminder of the Thracian heritage in this region are the remnants of their religious sanctuaries, such as the sanctuary found at Aul Kaya area located at the foot of the so-called Lion's Rock. Along with fragments from pottery vessels and figurines, archaeologists have also discovered here remains of а hearth and ashes where the sacrificial animals were burned. There are traces of a two-row stone fence made of dry masonry.
The necropolis at the village of Dolno Cherkovishte is one of the largest in the Eastern Rhodopes. Here the rock-hewn trapezoidal niches (over 80) are clustered at the Kovan Kaya rock and on the opposite Sarakaya rock. The tomb itself lies within the lands pertaining to the village of Oreshari, on the right bank of the Arda River.
During the construction of the Studen Kladenets dam, a Thracian settlement from the time of the Roman era was found near the village next to an ancient Roman road.
Near the Arda River there are remnants of two fortresses, one on the peak of Kartal kaya (Saint George), the other one Sarlaka (Hisarlaka).
The fortress of Hisarluka is located 500 m east of the village and was erected on the rocky peak of St. Elijah, on the left bank of the Arda River. The fortress has a trapezoidal shape and encloses an area slightly larger than 1 decare. The walls are 2 m thick and are made of local crushed stones bonded with white mortar. The platform on which the fortress is built is strongly inclined to the north. The fortress walls were constructed with masonry from the north, west and part of the eastern side. On the south and east side vertical and inaccessible rocks rise up to 30 metres, serving as natural protection. The walls have been razed to the level of the terrain; only on the southwestern side they are preserved up to 3 metres above the ground level. In this part the square tower with dimensions 5x5 m is still visible.
Fragments of medieval clay vessels were found in the fortress and on the slopes of the peak. Outside the fortress, from the west, one can see the foundations of a small quadrangular building, oriented east-west - probably a church. At 100 metres east of the fortress, after the saddleback, local people excavated Christian graves shaped with stone slabs. Glass and bronze bracelets were discovered in the graves (according to eyewitness accounts - 10th-11th century).
At the foot of the fortress, east of the village, there are vestiges of a relatively well-preserved old cobbled road that comes from the Edirne field, goes through the village of Dolni Glavanak and the village of Topolovo, all along the left bank of the Arda River to the fortress of the village of Rabovo, then continues to the dam of Studen Kladents Reservoir in the area of ​​which the road probably crossed the river, changing its direction to the south."

"The most remarkable are the rock niches (""Kavanlatsi"", ""Kovan Kaya""), in which the ashes of the deceased were most probably laid. Here is the famous Popmartinova dupka (the Hole of Priest Martin) - an ancient Thracian royal tomb. Its entrance is found under a row of 12 trapezoidal niches, at a height of 3.8 m from the base of a rock shed. There are also several rock graves nearby. The Popmartinova hole has a rectangular shape, it is 2.75 m long, 1.50 m wide and 1.80 m high. The axis is pointed north-south. On the southern side, just outside the entrance, a niche has been carved out. The entrance has a trapezoidal shape with a height of 1 m and a width of 90 and 65 cm. In its front part - at the upper and lower side of the opening - a rectangular recess for closing the opening with a stone slab is carved.