762
Scan with our application for additional information. 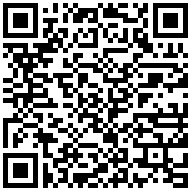 village of Ovcharovo in Haskovo, Bulgaria
The menhir called Chuchul Kamak near the village of Ovcharovo is the only surviving Thracian monument of its kind in the world. It is a roughly cut, conical trachyte column, resembling a phallus. It is 2.10 m high and its diameter in its widest part is approximately 1 m. The term ""menhir"" comes from Breton (""men"" - stone and ""hir"" - long). This type of construction belongs to the so-called megaliths, which in Bulgarian lands date back to the early Iron Age (12th-6th century BC) and are connected with the ancient Thracian civilization.

The name ""megalith"" translated from Greek means literally a very large stone. Constructions cut into natural rocks or built of large stones of impressive size and weight are usually categorized as megaliths. They include sites such as Thracian fortresses, dolmens, rock tombs, rock basins and niches, cromlechs and others.
Menhirs were usually sites of ancient religious ceremonies. Their phallic shape is associated with the widespread cult for fertility and ever-renewing nature widespread among the Thracian tribes".