918
Scan with our application for additional information. 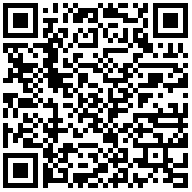 Haskovo in Haskovo, Bulgaria
Marsa Fortress is located in Hisarya quarter, at 0.96 km south in a straight line from Haskovo town centre. It lies on the higher parts of a limestone hill, at the bend of a small river. A Bulgarian settlement emerged here as early as the 9th century, and in the 10th century a fortress was built on top of the ruins of an earlier existing Thracian stronghold.

The fortress offers direct view of the fortresses at the village of Teketo and the village of Tatarevo. With its central location this town-fortress was the centre of the entire system of fortresses built along the rivers of Maritsa, Klokotnitsa and Harmanliyska. Most probably the fortress was destroyed when the Byzantines captured it at the end of the 10th century. It was later restored and subsequently abandoned.